The Rip Curl GromSearch National Final will be held in Victoria at URBNSURF Melbourne on March 15th, 2021.

Seventy-two of the best junior surfers from around the country will descend on the country’s first ever public surf park to battle for the title of GromSearch National Champion.

Athletes who have qualified from the Rip Curl GromSearch series, as well as winners of an online wildcard event, will enjoy a day of perfect waves in the Victorian surf lagoon.

“The series has proven itself over decades to be an integral part of the junior pathway to the WSL Championship Tour with many National Champions going on to massive successes. Having the event for the first time in an artificial wave park will be an amazing spectacle and will push the standard of progression to another level,” said Surfing Victoria CEO Adam Robertson.

Mark Flanagan, Event Director, commented, “The Rip Curl GromSearch National Final in Melbourne is going to be insane. The crew at URBNSURF are cooking up a special new wave for the competitors and we’re announcing a #GromSearchOnline event that will give groms the chance to win wildcards.”

The #GromSearchOnline event will give surfers who couldn’t make it to a GromSearch event, or who didn’t qualify at an event, the chance to go to the National Final as a wildcard.

There are three wildcards to fill in each division (18 in total). Wildcard selections will be made by pro Rip Curl athletes – all former GromSearch finalists – and event officials.

#GromSearchOnline Event for Wildcard Positions: Here’s how to enter!

Entry: Post your best surf clips on Instragram with the hashtag #GromSearchOnline. Tag @ripcurl_aus with your name, age division and location. (Enter as many times as you like!)

Division: You can only enter one age division, ages cut-off is the same as the GromSearch event series – entrants must be of correct age at 20th December, 2020.

Video Clips: To increase your chances be sure to enter each clip separately, and in regular motion (no slow motion). We suggest that you aim to include the full completion in any clip entered, we don’t want the wildcard selectors to be guessing if you made it or not. Full waves, multiple turns or single turns will all be considered.

Competition Clips: Clips entered from previously surfed competitions from 2020, or something you’ve already posted will be accepted.

Video Clip Deadline: Must be submitted on or before Feb 28th 11:59pm AEST

Video Clip Usage: By entering the #GromSearchOnline competition your video may be used across Rip Curl’s social media accounts.

Due to Covid-19 control measures are in place to minimise the impacts of Coronavirus.

Victoria has moved to COVID Safe Summer restrictions. Though restrictions have eased, it is important that all participants, family and cohort, understand current Victorian legislative restrictions. Please refer to the Victorian Department of Health & Human Services website for information on current restrictions and protocols: https://www.dhhs.vic.gov.au/coronavirus\

END_OF_DOCUMENT_TOKEN_TO_BE_REPLACED 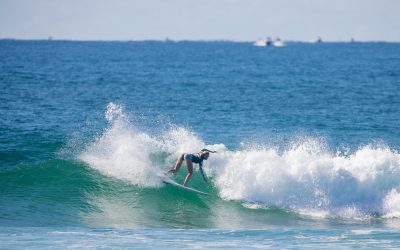