After another morning of blustery rain the sun eventually broke through, bringing with it a crowd eager to savour some of Queensland’s brightest surfing talent.

Lorentson said she was excited with the win, particularly as it was her first major contest title for some time.

“This is my first big win for a while, so it’s great for my confidence. I’ll take this along to other competitions coming up. The final was tricky, but fun when you got a wave.”

In the Open Mens, Taj Stokes (BUDDINA) took out the final, which saw all four competitors fall within two points of each other, with a score of 12.73. Stokes beat Hinata Aizawa (BURLEIGH HEADS) (12.56), Cooper Davies (NOOSA HEADS) (11.67) and Cameron MacDougall (LITTLE MOUNTAIN) (11.17).

Stokes said the conditions didn’t make the win easy, but he knew what to expect before he paddled out.

“It was pretty tough out there, but it’s been tough all weekend. We knew there was going to be lots of wind and rain. It was certainly a battle against the elements.”

“This is my first state title so it’s pretty special. I can’t wait until the Australian titles later in the year. It’s actually great to be back doing events again.”

The Queensland Team will compete at the upcoming Australian Surf Festival at Port Macquarie, NSW, tentatively scheduled for August.

Tomorrow the Festival moves on to the Masters shortboard division, ranging from Masters Over 35 all the way up to the Grand Dukes Over 60.

END_OF_DOCUMENT_TOKEN_TO_BE_REPLACED 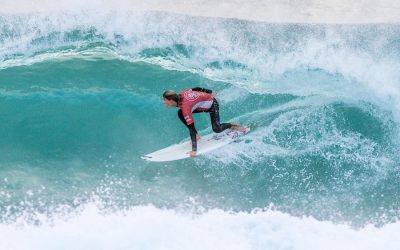